Creating A Green Economy By Addressing The Lantana Problem At Scale

Building on the lantana research work at ATREE, we at CSEI started out with an audacious goal. Can we possibly restore 500,000 hectare of forests degraded by invasive species, through the creation of a green economy that generates at least 10,000 green jobs?  The answer seems to be yes, but it requires material innovation.

The Lantana crafts centre story: a win-win for livelihoods and conservation but limited in scale 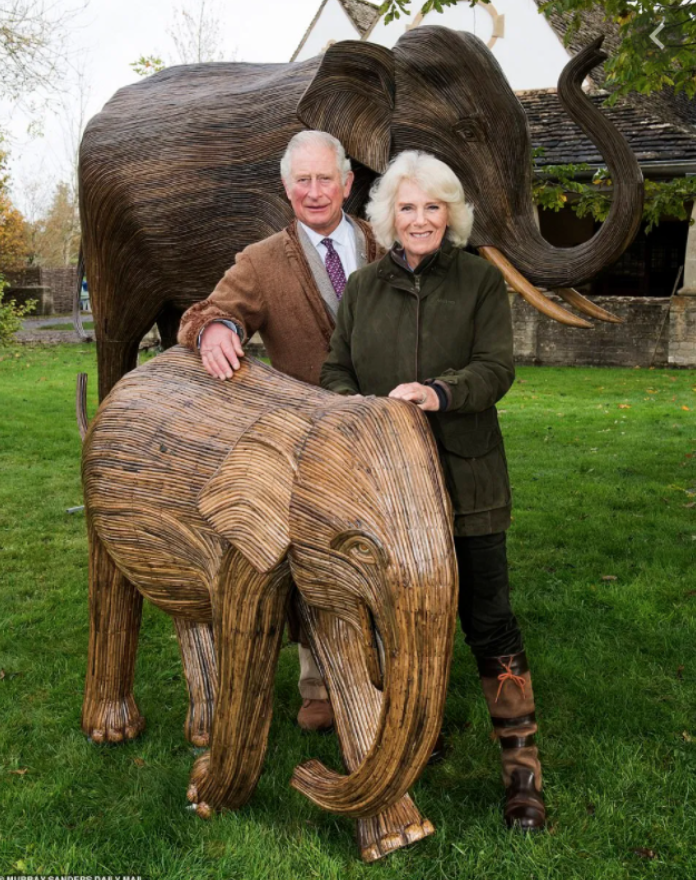 Photo taken by Murray Sanders
@Daily Mail
Through a simple technique of bending Lantana stems, which made it possible to make a range of products.  These products range from simple tables to, with the help of designers like those at The Shola Trust, works of art like these elephants shown below with Prince Charles and the Duchess of Cornwall. 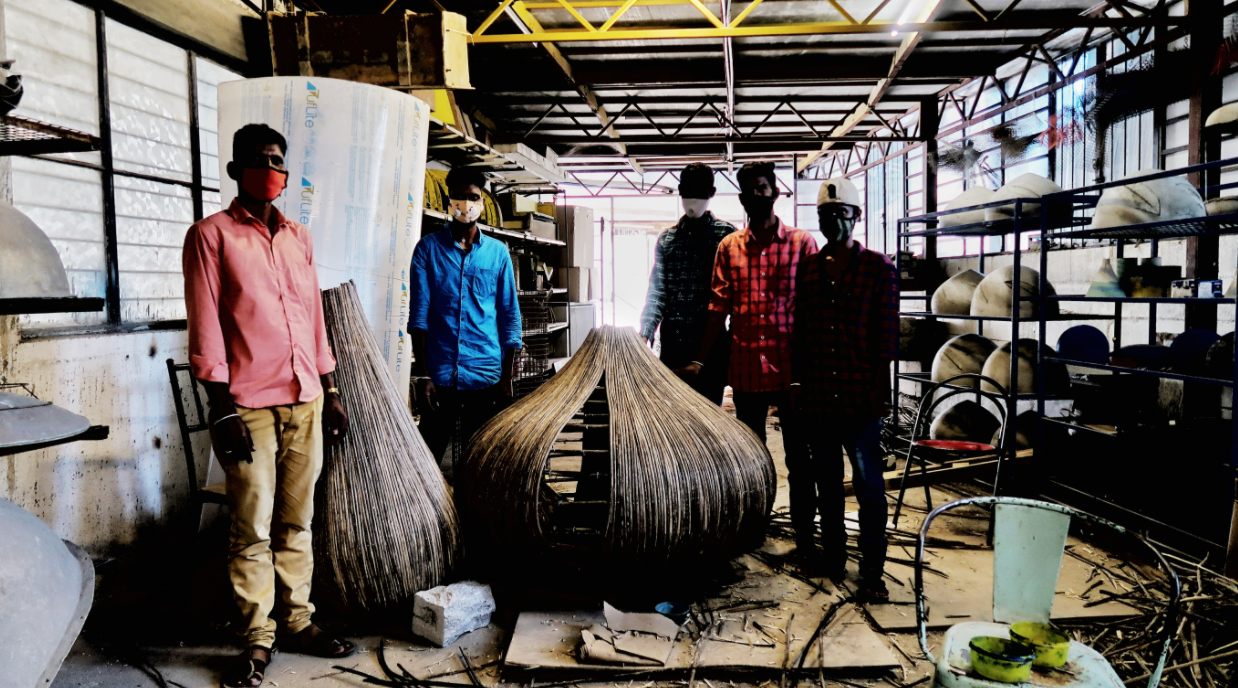 ATREE additionally brought in designers, like Purple Turtles, to train the artisans to further their skills and develop furniture, household products and other types of corporate furniture at the Lantana Crafts Centre.
Lantana is used as a substitute for native species such as bamboo and cane. It has also helped strengthen the livelihood of the local Soliga tribal community. Till now, ATREE has trained over 650 people in lantana craft, with 40% of them being women. Trained artisans derive nearly 80% of their cash income from lantana crafts. 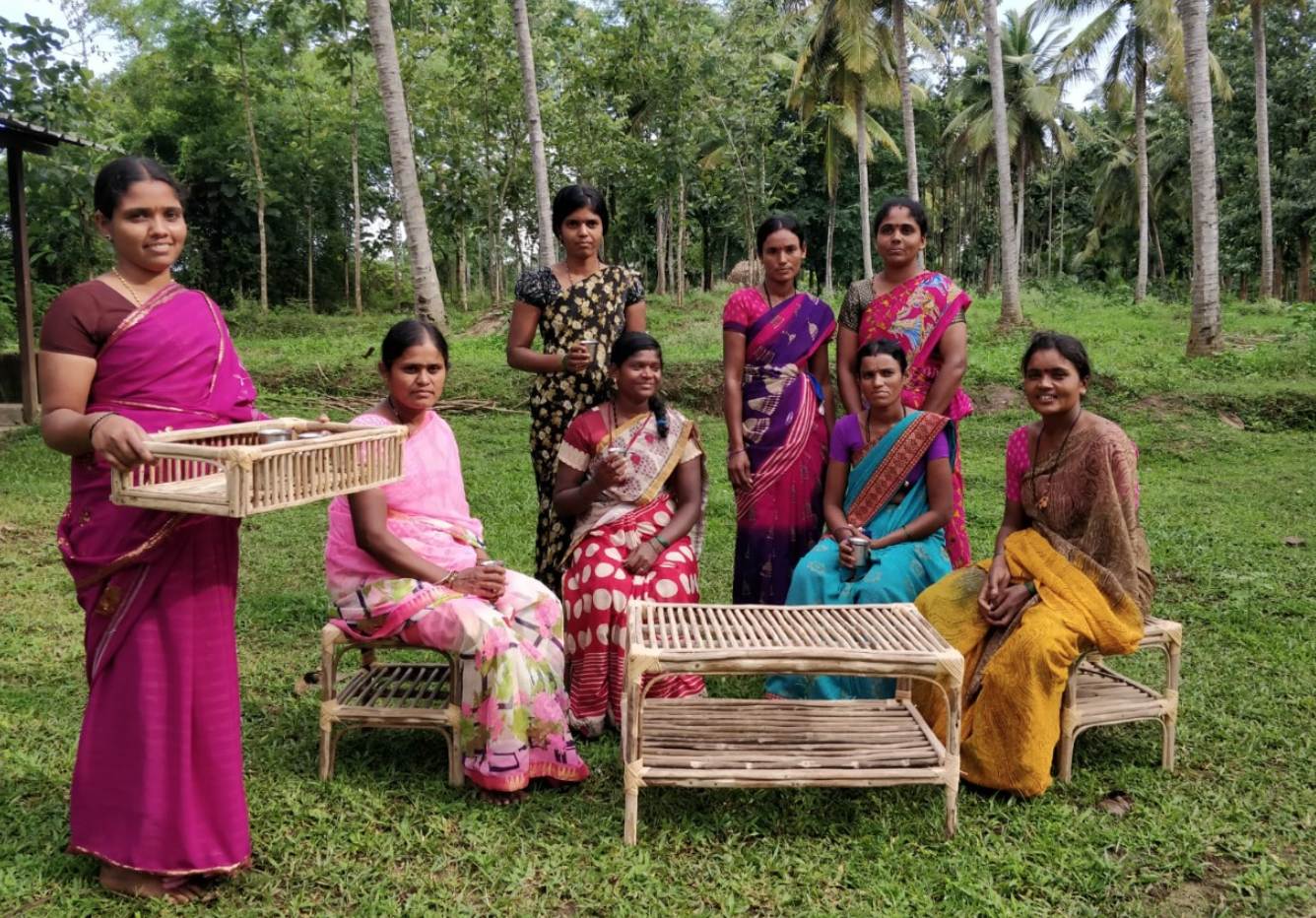 There are 3 challenges of scale with the current Lantana furniture model:
‍
1. Although it provides livelihoods and Lantana clearing, it would be difficult to train enough artisans and create enough furniture to remove the amount of Lantana biomass available in the forests.
‍
2. The furniture itself only uses 20% of the total Lantana biomass.
‍
3. While it creates a stream of income and incentives for livelihoods and subsequently the removal of it from the forests, it does not provide enough income to also fund the restoration process.
‍
In order to achieve our goals, we need to:
‍
1. Use the lantana furniture as a way to spread awareness about this new material
‍
2. Increase the options to use all of the lantana biomass at scale, with the value and incentives being enough to fund livelihoods, removal, and restoration.
‍
3. It must have safeguards to not create unintended consequences- (e.g. creating income dependencies on lantana as a resource) while also ensuring that it does not alienate or dispossess local communities who are already marginalised.

Addressing the Problem At Scale 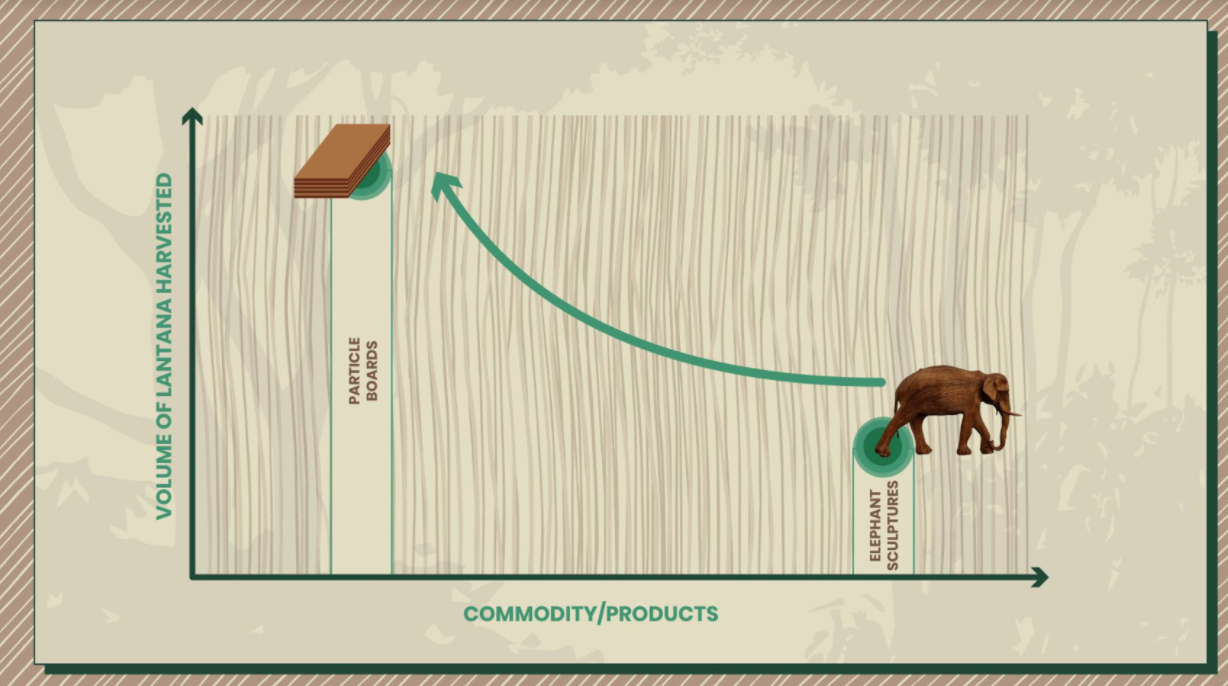 Lantana crafts and furniture use only 20% of the total biomass of the plant. So, we’re exploring innovative ways to use all of it by creating other products such as particle boards and biobricks. This way, we draw more wealth from the weed and promote more energy-efficient construction materials.
Lantana Particleboard
Modular furniture, flooring, core material, false ceilings, and wall partitioning and panelling - these are some of the many uses of a particle board, once it has been edge-laminated and waterproofed. The lantana too can be converted into this practical and in-demand commodity.
‍
Also known as chipboard, this engineered wood product is manufactured from wood chips and a synthetic resin or other suitable binder, which is pressed, trimmed and sanded. CSEI, in collaboration with the Indian Plywood Industries Research & Training Institute (IPIRTI), has developed the technology to make particle boards from lantana chips, deriving wealth from the invasive weed. Here’s how a lantana particle board is made: 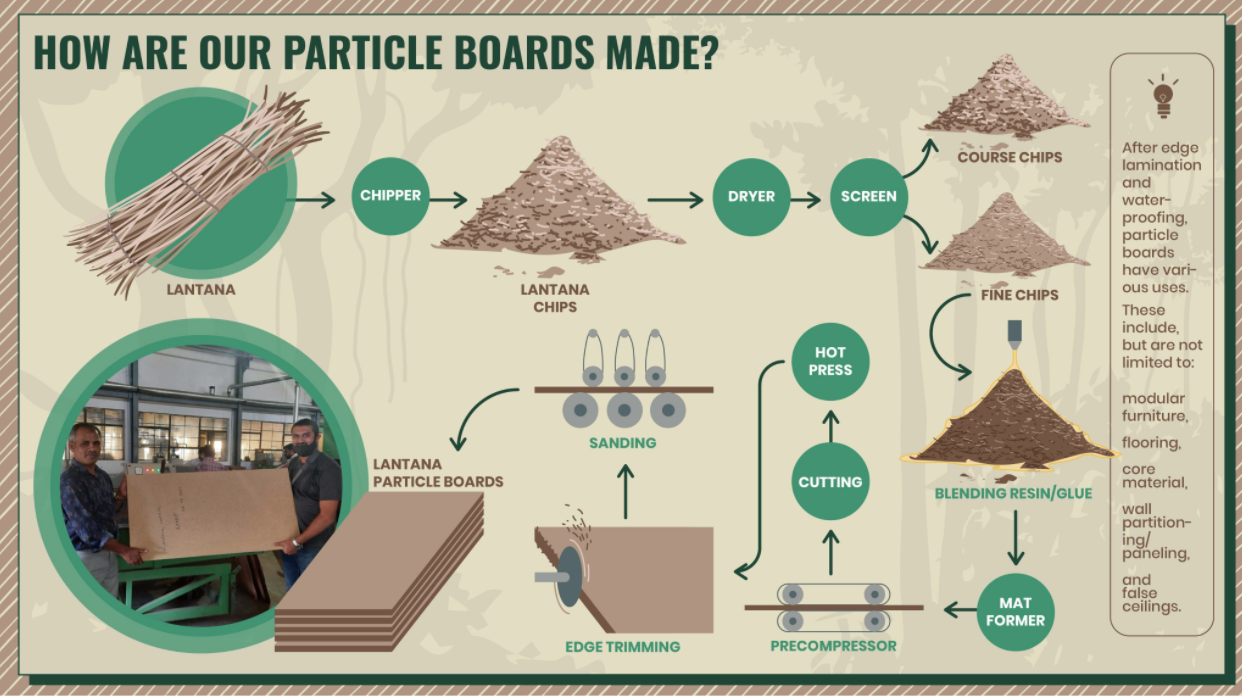 The produced material could be drilled, nailed, sawed and laminated just like other wood-based particle boards. 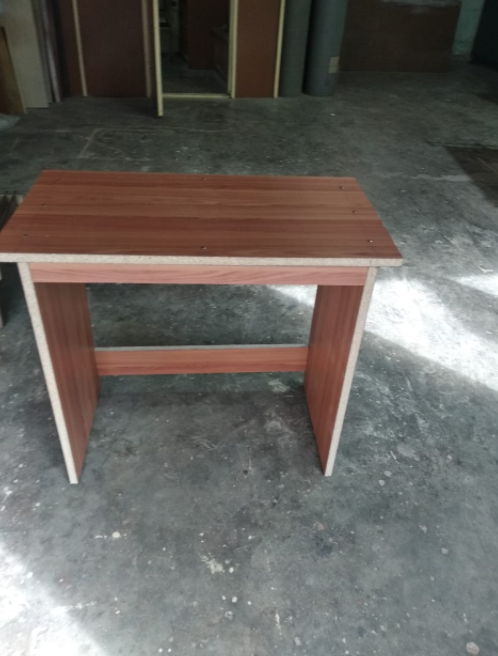 Lantana Bio Bricks
The bio-brick technology is also new but this promising material is made from agricultural waste and can pave the way towards more cost-effective and green constructions. The Indian Institute of Technology in Hyderabad demonstrated the quality of the product by inaugurating India’s first structure made of bio-bricks in September 2021. This material has a number of potential benefits. It deters stubble burning, a major cause of air pollution, and can act as a source of income for farmers. As an alternative to clay bricks, it can also reduce the carbon footprint of India’s construction industry. 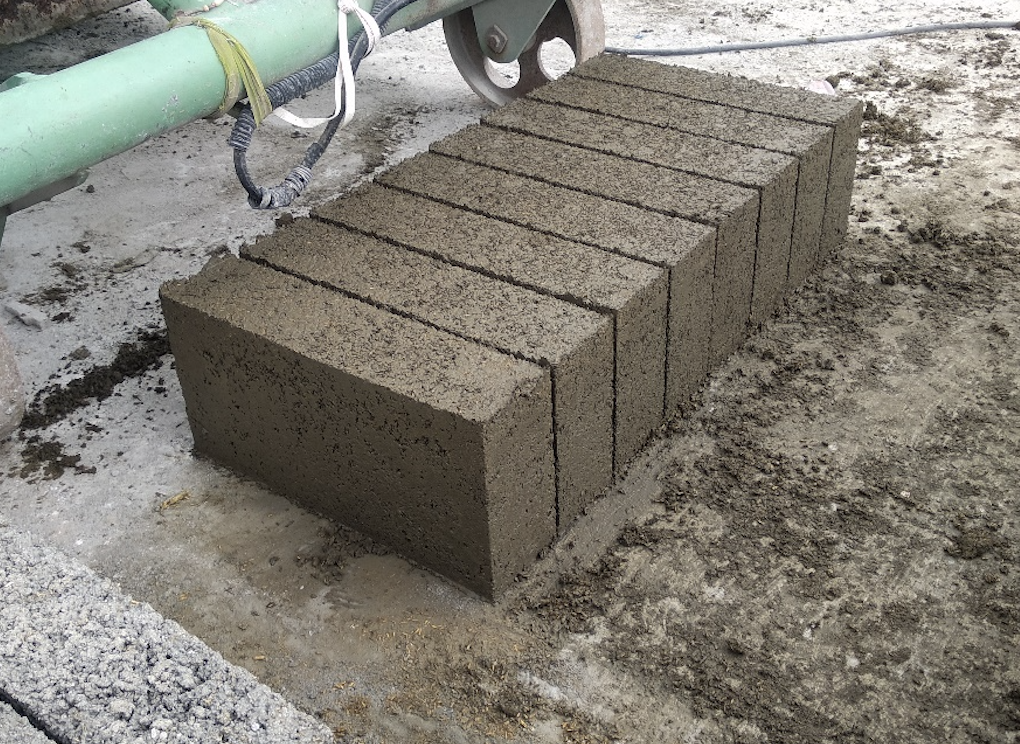 Lantana Gypsum Board
Gypsum is known for its use as an ingredient in plasters to make casting molds or surgical splits but it is also used in the construction industry. Gypsum boards, also known as drywalls or plasterboards, is an indoor building material used as partitions or to line walls, ceilings and floors. It is strong, lightweight, low-cost, easy to install and it absorbs sound, protects against fire and is energy efficient as it acts as a thermal insulator. 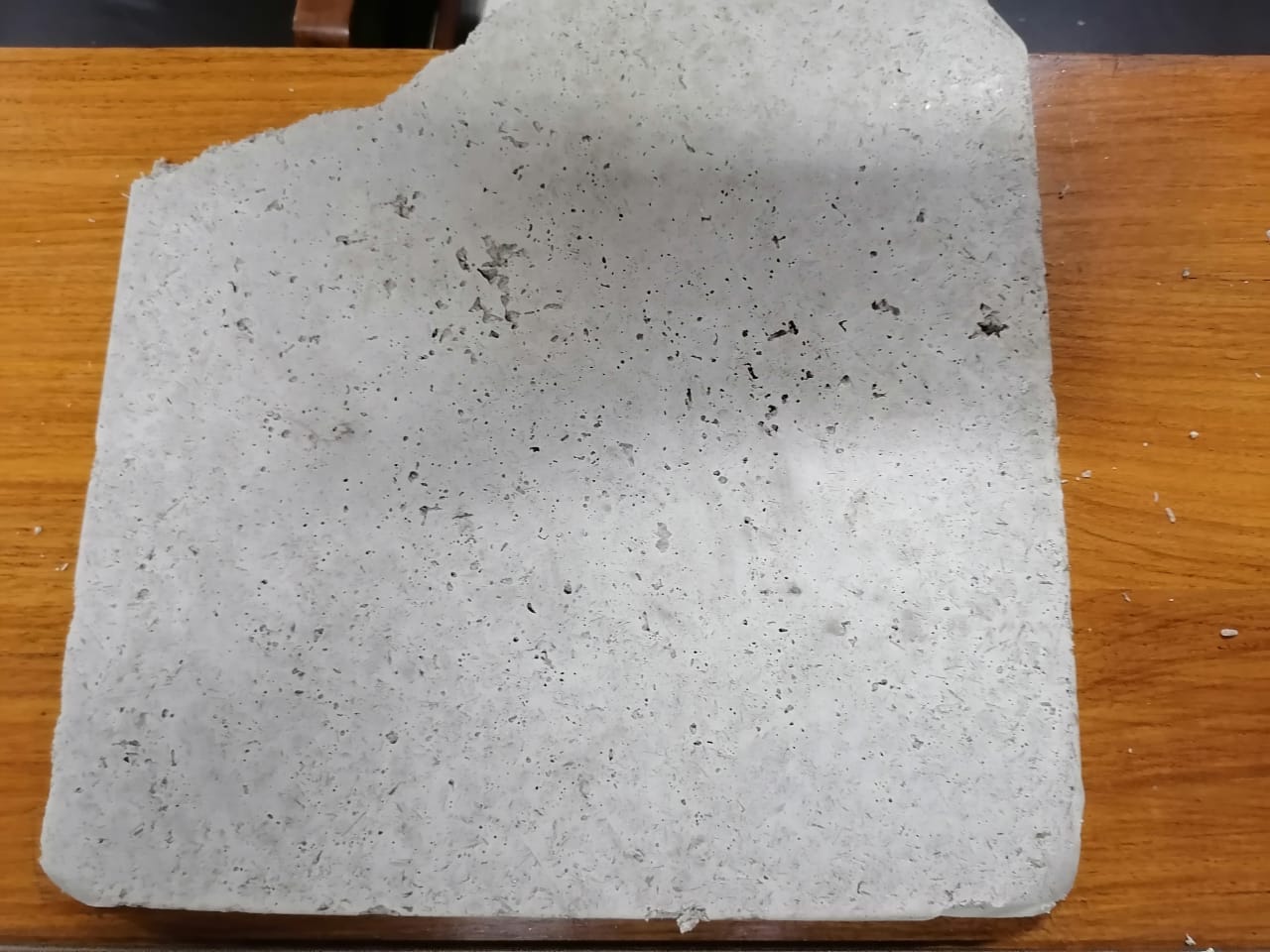 Lantana Crete
Crete is a composite building material made up of wood waste, paper, lime and water. This is also a lightweight commodity that is cheaper to manufacture and, like particle boards, makes use of sawdust and wood chips. This is a relatively new building material but early studies have shown that wood crete can be used as thermal insulating material in construction and as panelling for interior design. 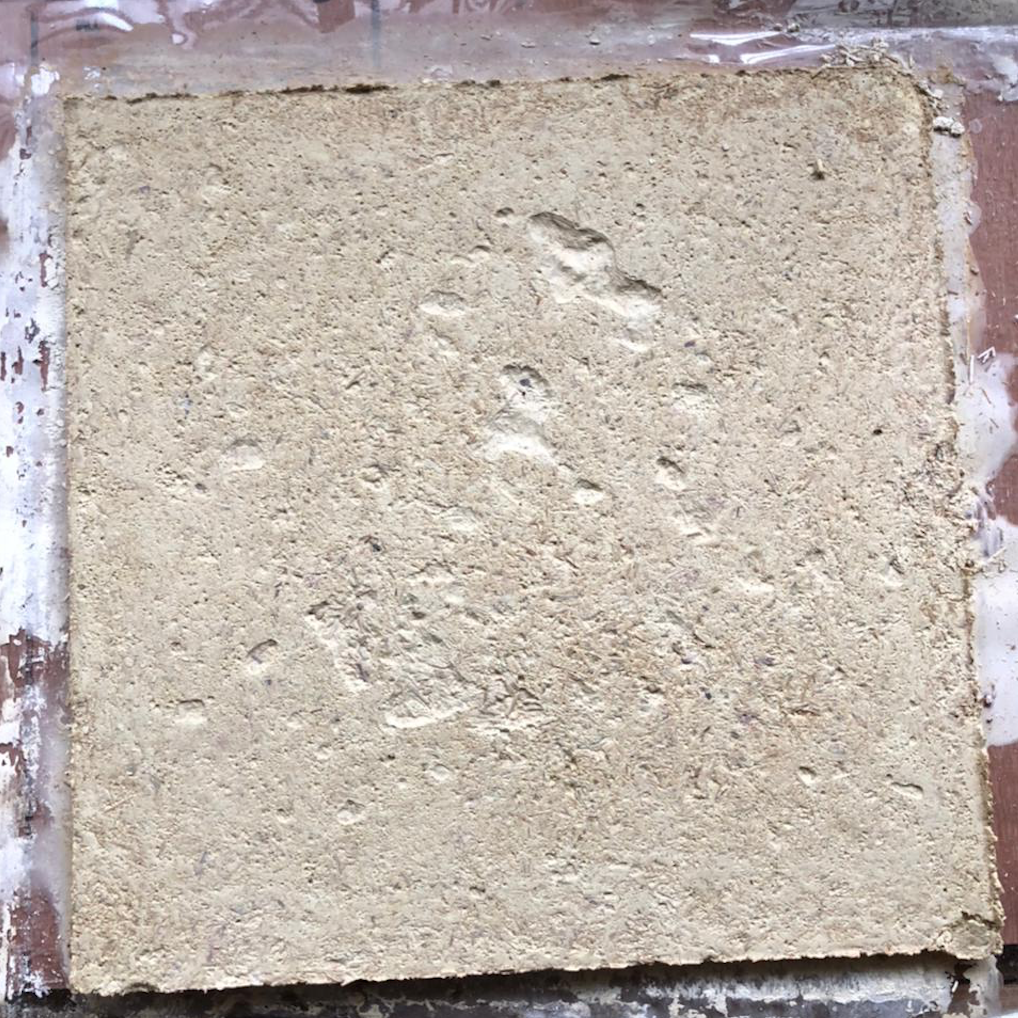 Contact us
To make a purchase inquiry, to participate in lantana trainings, or to experiment with lantana innovations, please send an email to sandeep.hanchanale@atree.org