Centre for Social and Environmental Innovation (CSEI) is a new centre at ATREE that aims to turn research into real-world solutions with scalable impact across cities, farms and forests. Started by our Invasive Species Initiative, the Lantana Collective looks to fund restoration of the forest through the creation of a green economy around lantana mining and usage. 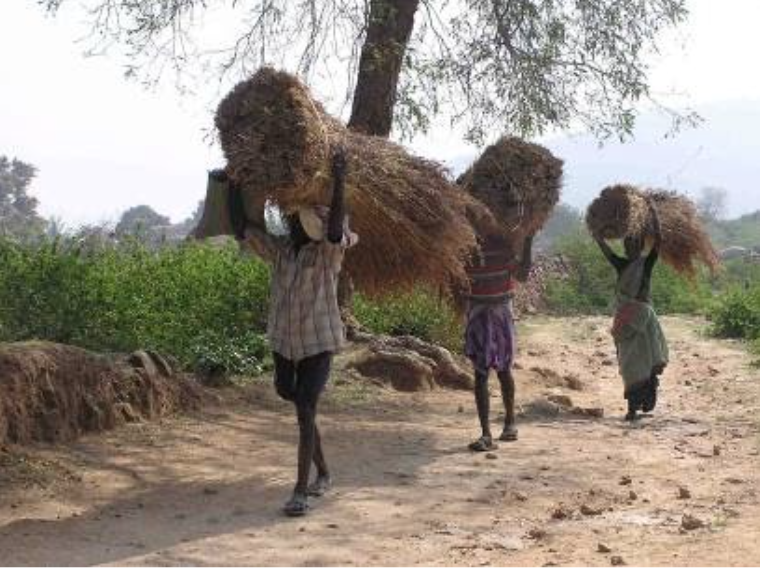 What is lantana camera?

Lantana is one of the ten worst invasive species in the world. Native to South America, the British brought Lantana to India in the 1800s as an ornamental plant. Its true dangers as an invasive species were only realised later in the 1920s.
‍
Lantana camara is a highly adaptable and tolerant thorny shrub that has invaded over 40% of the ecologically sensitive Western Ghats, a total of 13 million hectares.
‍
Particularly concerning is its ability to spread rapidly and overpower the native species of the landscape it is introduced in. This aggressiveness affects biodiversity, livelihoods, and human and animal health.

The dangers of lantana camera

Lantana kills native vegetation
‍Lantana, being invasive and tolerant, chokes out native plants. Lantana is also unpalatable, causing herbivores to starve. As a result, animals like wild pigs migrate, venturing into farms to raid crops.
‍
Lantana increases animal-human conflict.
As the herbivore population dwindles, apex predators like tigers venture into human settlements, increasing instances of human-animal conflict. Meanwhile in the forest, tribal communities report an increase in elephant and bear encounters due to reduced visibility through the dense lantana thickets.
Lantana causes significant economic loss to farmers
‍As human-animal conflict increases, the agricultural sector has lost ~11 Billion USD over the last decade. More than 70% of Indian farmers are smallholder farmers who own less than two hectares of land. Crop yield losses of 13.8% in transplanted rice to over 35% in groundnut, are taking a toll on them.
‍Lantana reduces tribal livelihood opportunities
‍A 2012 ATREE study on the Soliga community’s view on Lantana found that dense growth of lantana was affecting their lifestyle and livelihood. It was becoming increasingly difficult for them to access the forest to forage for edible tubers and collect fire-wood. These communities already live on less than $2/day and the Lantana invasion further marginalises them.

Why now and why us?

Lantana has taken over almost half of the Western Ghats. If we continue to standby and do nothing, we may not have any wild animals and native forests left. The plight of forest-dependent communities and smallholder farmers will worsen too. ATREE’s sustained work in the field, lends us the expertise we need to intervene. And the diverse expertise we have on CSEI’s team, makes us well-suited for solving this complex, new-age problem. Join our mailing list to know all our plans for Lantana restoration.

The path that led us here

Ashoka Trust for Research on Ecology and the Environment (ATREE) has been working with the forest-dependent tribes ( like the Soligas) in the Biligiri Rangaswamy Temple Tiger Reserve (BRT) and Malai Mahadeshwara wildlife sanctuary (MM Hills) for over 2 decades. Over this period, they began to notice that the spread of Lantana camara, an invasive plant, was affecting the community’s primary source of income -- foraging in the forest. To help increase their income, ATREE piloted a program that used Lantana to make furniture and crafts. Although traditionally hunter-gatherers, the Soligas are incredible artisans and their art-installations have received international acclaim (see video below).

Today ATREE’s innovation creates livelihoods from Lantana crafts -- a win-win for both tribal communities and forest biodiversity.
This project is currently supported by
Social Venture Partners, Bangalore Chapter
To read more about our work, please go to our blog:
Creating a Green Economy: Covid19 and the renewed need for providing livelihoods at scalePart 0: Why is the Lantana invasion of Indian forests a problem?Part 1: Connecting Lantana crafts to the furniture marketPart 2: Training Lantana Artisans to be Market ReadyOrganising the gig workers of tribal India
Contact us
To make a purchase inquiry, to participate in lantana trainings, or to experiment with lantana innovations, please send an email to sandeep.hanchanale@atree.org